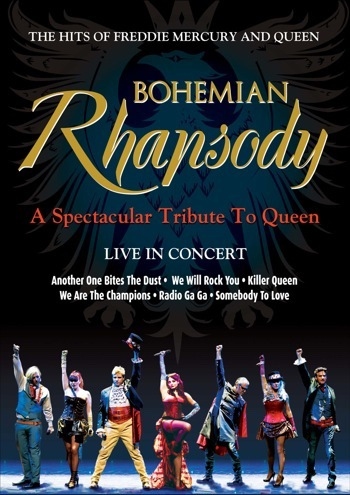 The movie Bohemian Rhapsody smashed all cinema box office records as it won all the awards for best film, best actor, and so much more.

This production of Bohemian Rhapsody is acknowledged as the number one tribute to Freddie Mercury and Queen, and has been touring the world since 2010.

With amazing performers live on stage performing Queens’s greatest hits, this show sells out everywhere.  Add into the mix an amazing rock band, spectacular costumes, the best songs that Queen ever made and you have a show that leaves audience screaming for more at every singe performance.

This blockbuster show has appeared in major theatres all round the globe, and breaking box office records on the way, including the Monte Carlo summer Festival.

Bohemian Rhapsody is the headline attraction this year, at the Monte Carlo summer festival, where it headlines for two weeks.

All of Queens greatest hits are featured, including We Will Rock You, Killer Queen, We are the Champions, Barcelona, and of course Bohemian Rhapsody.