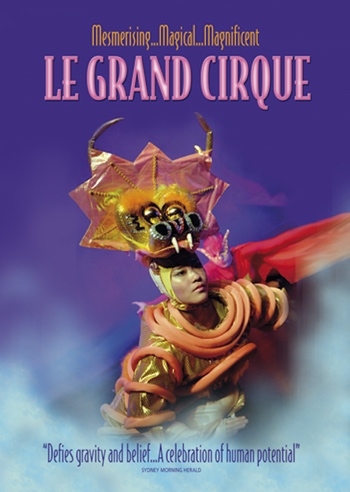 Seen by millions of people around the world, LE GRAND CIRQUE is a jaw-dropping, visual feast of breathtaking acrobatics and white-knuckle stunts. Firmly routed in the timeless traditions of Russia, China and Eastern Europe, the international company of champion performers have been handpicked from around the globe for their death-defying abilities and precision skill.
​
The result is a dynamic, fast paced, spectacle that will astound you and keep you on the edge of your seats! This show has sold out arenas in the USA and Europe, and is the highest grossing show ever to appear at the Sydney Opera House, Australia.
​
"Defies gravity and belief… A celebration of human potential" Sydney Morning Herald

"Defies gravity and belief… A celebration of human potential"